Hurrah! You’re off to war! You’ll be a hero! 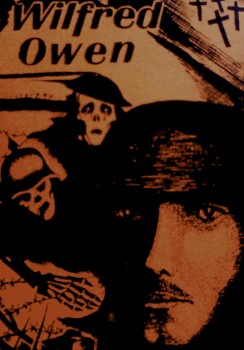 In the popular imagination of the early 20th century, war was considered dangerous, yes – but also a thing of excitement where young soldiers could win honour and fame. But those who witnessed the front in the first world war found only a hellish stalemate where thousands had to die to win every few feet of muddy ground. The difference between the popular perception and the grim reality was what inspired so many to write down their experiences – and the truth that came from their words was terribly evocative, vivid, and visceral.

This workshop explores poetry and other writings from the first world war. Using a technique used to develop theatre and dance, the students will construct an imaginary battlefield. They will then use words to describe the sensations and feelings they think soldiers may have experienced. In this way they will write a poem by stages, finding in the end that they have a finished piece in which they all participated.

Ideally the sessions will last 75 mins, but they can be done in an hour. The prices are £150 for a single session and £250 for a full day. Click here to book yours now.